On 14 January 1992, the IBEX 35® was launched to serve as a benchmark for the newly created options and futures market. Since then, the Spanish economy has tripled in size in terms of GDP, while the value of the companies in the index has increased tenfold. Tomorrow, the index celebrates its 30th anniversary, cementing its position as the leading brand for the Spanish economy and listed companies and main indicator of its transformation.

Over the last 30 years, more than 60 different companies have been listed on the IBEX 35®, while the index family managed by BME now exceeds 80 indices that serve as benchmarks for countless financial products and investment strategies.

One of the most notable additions was the IBEX 35 Dividendo® in April 2009. This indicator incorporates the payouts of the companies that make up the index, a particularly important factor for the Spanish market, where shareholder remuneration is a clear hallmark that differentiates it from other neighbouring markets. The latest addition took place on 30 November, with the launch of the IBEX Gender Equality®. BME is already working on the launch of new indicators linked to sustainability, applying the methodology of the Swiss operator SIX Group, which BME is part of.

Sector representation has also changed considerably over the last 30 years, confirming the IBEX 35® as the main gauge of the changes in the structure of the Spanish stock market and economy in these three decades. The current structure is more diversified and shows a greater weight of digitalisation and renewable energy (see sector composition in the attached documents).

"We are very pleased with the functioning and transparency in the composition of the IBEX 35® over the years, as well as the monitoring and improvements introduced in its surveillance to guarantee at all times its role as a market benchmark and as the basis for the calculation of the underlying for other financial assets," points out Carmen López, Head of Indices at BME.

Marion Leslie, Head Financial Information at SIX and a BME board member, emphasizes that "The integration of BME into SIX strengthens the Group's position as a market infrastructure, broadens our range of indices and improves the financial information and services we provide to our clients".

The performance of the index over the past 30 years is a reminder of the significant and stable returns offered by the stock market over the long term. Over the years, the combined effect of diversification and dividend reinvestment brings about a positive effect on portfolios. Thus, the IBEX 35 with Dividends has a cumulative annual return of 7.95%, 4 points higher than that of the price-based IBEX 35® alone.

During the first ten years of the IBEX 35®, both the Spanish economy and the Spanish stock market experienced a strong boost and modernisation driven by the reform of the stock market, the extension of the electronic trading system and, ultimately, Spain's entry into the first phase of the European Monetary Union. The dotcom crash put an end to an intense process of IPOs, privatisations and IPOs of a large number of private companies, which raised the number of direct retail investors to more than 4 million, known as the "Equity Culture".

With the launch of the euro, in 2002, the funding channeled by the stock market ushered in a period of growth for large Spanish companies and for the stock exchange, which multiplied the number of products and indices with the development of warrants, ETFs and futures and options on new stocks and which saw the birth of new markets (BME Growth, in 2006).

The bankruptcy of Lehman Brothers in 2008 marked the peak of a long global financial crisis, the Great Recession, and subsequently of sovereign debt in the eurozone. This led to major changes in the financial system and corrections in some structural imbalances of the Spanish economy, such as its excessive dependence on bank credit, in which the markets managed by BME are playing a decisive role.

The outbreak of the Covid-19 pandemic in March 2020 posed a new challenge and confirmed the role of the markets as generators of financing and liquidity to foster recovery and growth, in a new environment marked by sustainability and digitalisation.

The origin of stock market indices is attributed to the American journalist Charles Henry Dow, founder of The Wall Street Journal, who on 3 July 1884, observing that most share prices were falling or rising in a similar way, decided to show this trend through a selection of the most representative companies in the market, which he called Dow Jones Transportation Average.

Since then, the indicators have been used throughout the world not only to monitor market performance, but also to create portfolios, define strategies and trade products that use them as a reference, such as financial derivatives, ETFs and warrants. 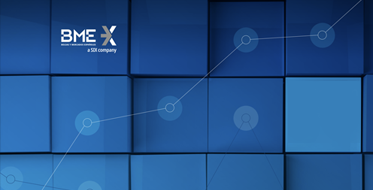