Structure and Organization of Spanish Markets

The Spanish securities market has undergone an intense and extensive process of change and growth over the last 30 years. The market's current technical and operating systems and organisation have been able to channel large volumes of investment to make markets more transparent, liquid and efficient.

Major changes have emerged in the structure and functioning of Europe's securities markets over the last three decades. The new trading environment is now open to greater competition, where Regulated Markets co-exist alongside other newly created concepts, particularly the Multilateral Trading Facilities (MTFs).

The Markets in Financial Instruments Directive (MiFID) recognises the regulated market as the main benchmark, and determines the need for strict authorisation requirements for regulated markets, as well as the operators and intermediaries.

Spain's regulated markets are known as official secondary markets, as follows: the Stock Exchanges, the public and private Fixed-Income Market ("AIAF") and the Futures and Options Market ("MEFF"). All these markets are managed by BME.

Spain's regulated Equity market is managed by the Stock Exchanges and operates on the "SIBE" electronic trading platform fully developed by BME as an interconnection for the country's four Stock Exchanges, which operate as a single market.

The market is based on a model functioning with orders, a single electronic ledger and a trade-matching system operating on the basis of price-time priority. Warrants, certificates and exchange-traded funds (ETFs) are traded in addition to equities. In some segments the market has specialist brokers providing liquidity.

The "MEFF" Derivatives Market trades futures and options with underlyings benchmarked to individual equities, to the IBEX35™ index and to several other European stock indexes. MEFF derivatives provide investors with tools to manage risk and to create and hedge portfolios that can be adapted to each investment profile.

Since the 2008 financial crisis, derivative markets have been subjected to close scrutiny, and regulatory pressure has been on the up and up. This is why, following the introduction of MiFID II in 2018, derivatives markets have been targeted for the first time by a regulation which aims to make improvements to systemic risk and transparency.

Since January 2018 the "AIAF" Fixed Income Market operated by BME has been Spain's only regulated market which admits and trades public debt issued by the state and regional and local governments, in addition to private debt.

The fixed income market admits and trades a wide range of assets and products adapted to the needs of issuers and investors, with the full range of possibilities in terms of maturities and fundraising strategies for issuers, and in terms of asset management for investors.

Like equity markets, fixed income markets are undergoing major changes following the introduction of MiFID II in terms of transparency, execution and protection. The new directive establishes transparency obligations before and after execution of trades for share prices and volumes with regard to fixed income securities.

Multilateral Trading Facilities are operated by an investment services company or by a company governing an official secondary market, and their exclusive corporate purpose must be to manage a system which, in accordance with non-discretionary rules, facilitates the bringing together of multiple third-party buying and selling interests in financial instruments.

In addition to the regulated markets, Multilateral Trading Facilities operate in Spain, trading both shares that are listed in regulated markets (Stock Exchanges) and Public Debt securities along with Private Fixed Income or Corporate Debt.

The following are the main Multilateral Trading Facilities:

MAB (Alternative Securities Market) is a securities market geared towards small caps wishing to expand and equities with specific characteristics, with a special set of regulations designed specifically for them, with costs and processes tailored to their characteristics. In this way companies have the advantages of a market: funding, visibility, liquidity etc. In addition to expanding companies, other segments of the MAB feature other types of companies such as SICAVs (Open-ended Collective Investment Schemes), REITs (Real Estate Investment Trusts), VCFs (Venture Capital Firms) and HFs (Hedge Funds). This market was created in 2006 for smaller firms that would have otherwise been unable to gain access to markets of other dimensions.

They are also multilateral trading facilities which are subject to the rules established by MiFID I and MiFID II, Latibex and SENAF.

Latibex, created in 1999, is the only world market exclusively for Latin American stock, which is traded in euros on the Spanish stock market's electronic system (SIBE), and firms provide the market with the same information they supply to the institutions overseeing their markets of origin. 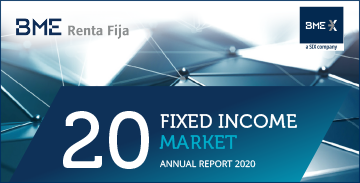